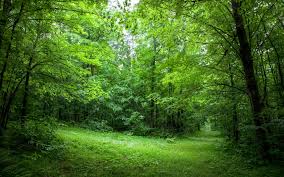 If you nurture plants, you are the hand chosen by God above

Miyawaki is a unique method of planting technique to build dense, native forests, even in a small area of land. We can create such a small patches of forest in mu
ltiple locations within the city so that it can act as a carbon filter. This method involves planting dozens of native species close together in the same area to ensure faster plant growth and it becomes maintenance free after first three years. This method of tree plantation helps saplings to grow ten times faster and the resulting plantation will be 30 times denser than usual. In just 2 years the forest growth will be unimaginable.

The name Miyawaki is named after the most famous Japanese botanist and plant ecologist Akira Miyawaki. Born in Japan in 1928, Akira Miyawaki is renowned throughout the world as a specialist in the restoration of natural vegetation on soils that have been degraded by men or natural disasters. Master of the art of growing wild forests in less than 30 years, the most famous Japanese botanist in the world tirelessly pursues his goal of restoring forests as they were at the origin of the world before the intervention of man.

Dr. Miyawaki has planted more than 40 million trees across more than fifteen countries such as Thailand, Brazil or China. Since 1990, he has been working to restore very degraded tropical rainforests such as Bintulu in Malaysia.

Honored with ten awards, including the Blue Planet Award in 2006 for his involvement in nature conservation, he continues to work for a better world, one tree at a time

Planting trees is one of the easiest ways to positively affect the environment. With air pollution on the rise and wildlife on the decline, there’s never been a better time for reforestation.

Forests are vital for human life because they provide a diverse range of resources: they store carbon &act as carbon sink, produce oxygen which is vital for existence of life on the earth, so they are rightly called as earth lung, help in regulating hydrological cycle, planetary climate, purify water, provide wild life habitat(50% of the earth’s biodiversity occurs in forests), reduce global warming, absorb toxic gases & noise, reduce pollution, conserve soil, & so on. But now-a-days, forest cover is depleting rapidly due to many reasons such as an expansion of agriculture, timber plantation, other land uses like pulp and paper plantations, urbanization, construction of roads, industries, constitutes the biggest and severe threat to the forest causing serious environmental damage. Thus, there is need of public awareness.

Creating forests in Miyawaki method is a easy and best way to bring back the native forests in short period of time. They are not only self-sustainable after a couple of years but also are maintenance-free.

In Miyawaki method multi-layered saplings are planted close to each other. This blocks sunlight from reaching the ground and prevents weeds from growing, thus keeping the soil moist. The close cropping further ensures that the plants receive sunlight only from the top thus enabling them only to grow upwards than sideways. The effectiveness of the Miyawaki method reflects in how this ‘potential natural vegetation’ concept, regardless of soil and climatic conditions, has helped create more than 3,000 forests over the world.

The method allows you to create a forest space within a short period of 20 to 30 years. In comparison, a conventional forest can take anywhere up to 200 to 300 years to develop.